European funds for mum, for dad, why not for the daughter too 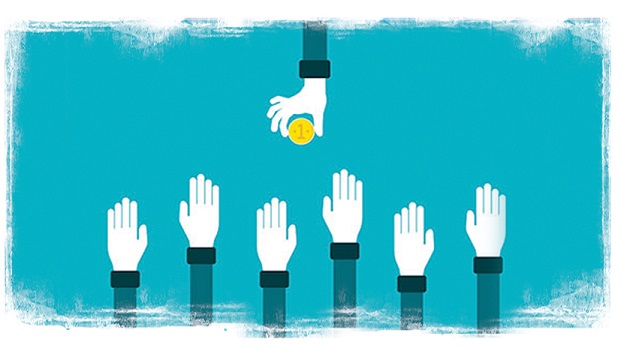 After joining the European Union, Bulgaria became part of the Common Agricultural Policy which enables producers to receive billions of euros in annual subsidies. But when you know in advance what exactly is going to be subsidized, when your relatives allocate the money and when they turn a blind eye to your contraventions, it is a deal not to be missed. The money of the European taxpayers is being spent, but modern agriculture remains an unfulfilled goal.

Bulgarian farmers bitterly say that if there is money to be given, there are shady deals too. These are headlines from the Bulgarian press over the last few years: “A big shady deal with private and common land for draining state funds”; “A woman stands trial, she received an agricultural subsidy through a scam”; “We were left in the lurch about the pastures and the meadows”; “Guest houses built with European funds do not receive guests.”

The people in this sector take misuse for granted. For both real farmers and scammers in Bulgarian agriculture, the ace up their sleeve is information–accurate information ahead of time about these aid schemes and the loopholes in the law that will ensure your success.

The following story confirms this sector’s “reputation”. It also confirms the suspicions of many people that often the most favored in receiving agricultural funds are the relatives and the close friends of directors and officials at agricultural institutions–the regional offices of the Department of Agriculture, their subordinate agricultural offices, the State Fund Agriculture, and the Bulgarian Food Safety Agency.

One such fortunate farmer was Elen Stoikova, the 26 year-old daughter of the former director of the Sofia City regional office of the Department of Agriculture, Hristina Stoykova. This official was removed from office at the end of October 2017 after an investigative report by Nova TV. Elen had been registered as a farmer since the age of 19 and was one of those landowners that own pastures without livestock. Until 2015, that kind of landowners was quite commonplace in Bulgaria.

Since 2013, Elen Stoikova received subsidies for 130 ha of rented pastures as a manager of Herbapol EOOD. At that time, the law still allowed farmers to rent pastures without raising livestock on them yet receive between EUR 17 and 51 per 1,300 m2 just to cut the grass and the shrubs. Such fortunate owners as Elen rented more and more areas from municipalities and applied for more and more subsidies.

The lack of enough grass caused the real animal owners to protest. Their indignation forced the government to amend the law in favor of the animal owners in 2015 so that having cows, sheep or goats was made a mandatory condition to rent pastures. Elen Stoykova and the farmers alike had to choose whether to obtain animals or to end their contracts with the municipalities for renting the pastures.

Thus, Elen ended her contract with Chelopech Municipality which had leased out the pastures. Information from the State Fund Agriculture shows that until that time, for a couple of years, Elen Stoykova received over EUR 50,000 of subsidies for the rented land. She did not need to own animals, but she had to maintain the pastures in a good environmental state. Each year before filing a payment application to the State Fund Agriculture, it was checked if the pastures were clean from shrubs and trees. The institution responsible for field inspections of pastures is the regional office of the Department of Agriculture. Accidentally or not, the town of Chelopech is situated in the region of Sofia and is under the control of the regional office headed since 2009 by Elen’s mother, Hristina Stoykova.

One of the officers at the regional office found that a part of the daughter’s pastures was not clean and drew up a report that they were not eligible for funding. Later, that officer was made redundant. She said on Nova TV that her troubles started exactly after drawing up that particular report. The director, Hristina Stoykova, denied that the report was the reason why her employee was made redundant. She also said that the law did not forbid her daughter to perform agricultural activity just because her mother was an official at the Ministry of Agriculture.

The case of Stoykova’s daughter is not one of a kind. There is another similar story with a son of a director in the system, Krasimir Kotsev. His father is the director of the regional office of State Fund Agriculture for the region of Sofia, Rosen Kotsev. Krasimir is a 23 years old IT specialist, who seems to have a strong affinity for agriculture. In 2013, at a municipal land renting competition, Krasimir rented about 70 ha of pastures on the land of Tran municipality. At the same competition, Elen Stoykova also rented some land in the same area, about 40 ha.

The scheme is the same: based on the land they had rented, the daughter and the son of the agricultural officials received subsidies for pastures with no livestock until 2015. There is one difference, though. Elen said that she did not obtain animals after the amendment and she can not even answer the basic question of how high the grass on the pastures had to be maintained. However, according to the records of the Bulgarian Food and Safety Agency, Krasimir Kotsev obtained 33 cows and became a livestock farmer. Information from the State Fund Agriculture shows that he received subsidies under other measures and schemes in the sector but not in the region of Sofia.

Why not the parents, too?

The story of Elen is not the only one that has to do with family ties and subsidies regarding the director of Sofia City regional office of the Department of Agriculture, Hristina Stoykova. This official also helped her parents, Irina and Vicho Vichevi, get European money. In this case, the funds were granted for the construction of three big guest houses under the European Rural Development Program. Stoykova was the chair of the committee that changed the intended purpose of the land where the houses were built: it was changed from farming land to urbanized land. As a result, her parents’ company Brain Commerce received nearly EUR 200,000 from the State Fund Agriculture and built three big, beautiful and identical houses near Slivnitsa. According to information from the Inspectorate of the Ministry of Agriculture and Food and the Commission for Prevention and Ascertainment of Conflict of Interest, however, Stoykova did not submit a declaration of a conflict of interest as required by law.

Some time ago, the Minister of Agriculture, Food and Forestry, Rumen Porojanov, announced that 10% of the guest houses in the country, funded by European money, were used for private purposes. This violates the requirement that guest houses should develop rural tourism. The State Fund for Agriculture has already imposed a penalty on 22 guest house projects and now they have to return the European funds they received. The total cost of these is around EUR 3 million. Partial penalties have been imposed on 22 more houses. Will Stoykova’s parents be part of either of these groups?

Let’s be farmers from now on

Stoykova’s father is a watchmaker while her mother owns some shops in Samokov city. They were registered as farmers after their daughter was appointed an official in the capital, Sofia. According to financial statements, Brain Commerce was not active until 2014 despite the requirements that each company applying for the guest house program had to provide a proof of deriving 50% of their income from agriculture. Their three houses were supposed to start operating in 2015 when their constriction finished. In the summer of 2017, these houses did not display any signs that they had been funded by European money. Nor were they advertised as guest houses on the internet. In fact, they were empty.

At the end of September, Nova TV visited the director of the regional office of the Department of Agriculture and asked her some questions about this project. Only then was a social media profile created, containing some interior pictures of a house named Aldomirovtsi Guest House, a contact number but no information. There were no exterior pictures of the three houses. Stoykova’s parents could not answer the questions posed by the Nova TV journalists: Was the construction over and whether the guest houses operated as required by the State Fund for Agriculture.

An inspection by State Fund Agriculture, though, found that the electrical wiring in two of the three houses was not completed. According to the invoices provided by the company, they reached 50% of their target in the 2017 annual business plan, while in 2016 –barely 16%. The company explained this lack of active business by citing unexpected roof leaks which required some repair work. If it turns out that the three houses did not operate as required by the Rural Development Program, then the candidate, who has received nearly EUR 250,000, will have to return at least part of the money to State Fund Agriculture. Bulgaria’s Economic Police has initiated an investigation of this case.

A day after the story was shown on TV, the Ministry of Agriculture, Food and Forestry dismissed Hristina Stoykova from her position as a director of the Sofia city regional office of the Department of Agriculture.

Such cases result in one and the same thing: pseudo-agriculture funded by European taxpayers’ money. People who have never pursued agricultural activity take advantage of advance knowledge of funding opportunities. They become farmers overnight and receive funding while their relatives in high-level management positions not only ensure that the deal is smoothly carried out, but they also make sure people turn a blind eye if there are contraventions. Thus, European funds are directed to particular people while agricultural development never happens.