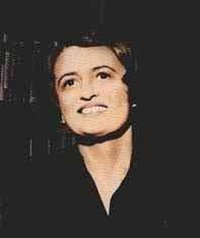 “Potentially, a government is the most dangerous threat to man’s rights: it holds a legal monopoly on the use of physical force against legally disarmed victims. When unlimited and unrestricted by individual rights, a government is man’s deadliest enemy.” 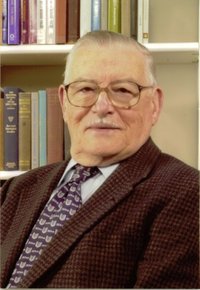 “There is a general failure to recognise that the very behaviour that is observed in the exchange processes of the market… reflects the presence of predispositions on the part of participants without which the whole structure would not function. The person who enters into a voluntary exchange with another is predisposed to accept that the goods on offer are not fraudulent, that promises will be kept, that contracts will be honoured.” 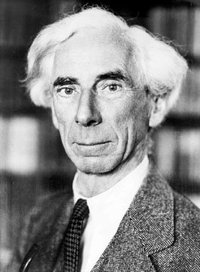 “When you meet with opposition, even if it should be from your husband or your children, endeavour to overcome it by argument and not by authority, for a victory dependent upon authority is unreal and illusory.” 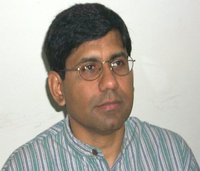 “Some people are dissatisfied with free enterprise if it doesn’t work perfectly and satisfied with government if it works at all.”

Parth Shah, President of the Centre for Civil Society, New Delhi. Quote from the online reader, „Reading material for the Liberty and Society Seminar“, p. 110. 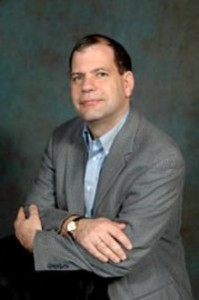 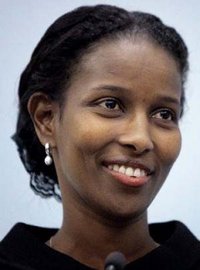 “Enlightenment thinkers… understood that reason is more than just rational thought; it is also a process of trial and error, the ability to learn from past mistakes. The Enlightenment cannot be fully appreciated without a strong awareness of just how frail human reason is. That is why concepts like doubt and reflection are central to any form of decision-making based on reason.” 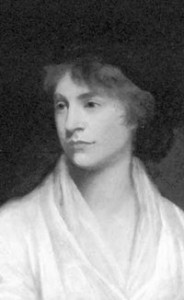 “Would men but generously snap our chains, and be content with rational fellowship, instead of slavish obedience, they would find us more observant daughters, more affectionate sisters, more
faithful wives, more reasonable mothers–in a word, better citizens.”

Mary Wollstonecraft, end of chapter 9 of “A Vindication of the Rights of Woman”, London, 1792. 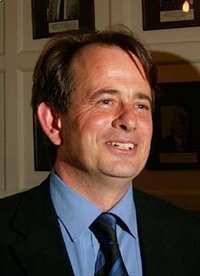 „… if we want education for all to improve, we mustn’t be tempted by the reassuring spin that the public sector can hope to match the incentives of the private sector for innovation and efficiency. The way forward for education is to bring in the incentives that push forward quality and innovation in all other areas of our lives. Children, especially disadvantaged children, deserve more than to be trapped in an industry forever sidelined.“

James Tooley in: “Should the Private Sector profit from education?” Educational Notes No. 31, London: Libertarian Alliance, 1999. 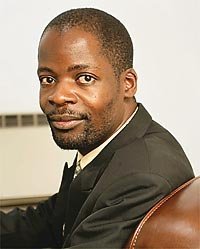 “Huge bureaucracies are financed…, corruption and complacency are promoted. Africans are taught to be beggars and not to be independent. In addition, development aid weakens the local markets everywhere and dampens the spirit of entrepreneurship that we so desperately need. As absurd as it may sound: Development aid is one of the reasons for Africa’s problems. If the West were to cancel these payments, normal Africans wouldn’t even notice.” 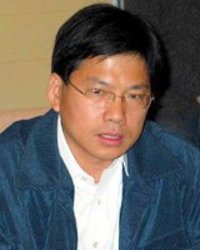 „There is sufficient reason to believe that the most likely route to freedom and prosperity in China is to keep the country open. Greater economic freedom will spill over into greater political freedom, as it has in other parts of Asia. Forcing China to shut its door to the outside world will destroy China’s nascent market system and block the surest path toward an open society, a free market, and liberal democracy.“

Former IAF participant Junning Liu, Chinese Academy of Sciences, Beijing, in “The New Trinity: The Political Consequences of the WTO, PNTR and Internet in China”, Perspectives, Vol. 3, No. 4, 31
March 2002. 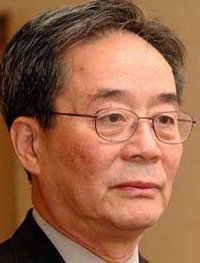 „Everyone has the right to have a dream. But for many years I could not. Not only did the authorities not allow me to have my own dream, I also didn’t want to have a dream. Dreams are nice, dreams are wonderful, and dreams create energy, but dreams also sometimes cause serious problems. Should I have a dream of freedom? … Dreams also cause suffering and pain. Because I supposed that I could never become a free man. Under oppression, dreams are torturous. But since I have become a free man, I can dream now.“

Harry Wu, who spent many years in a laogai, a Chinese prison camp, in an interview with Jamie Glazov, FrontPageMagazine.com, 10 April 2006 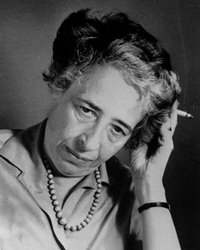 “The most radical revolutionary will become a conservative the day after the revolution.”

Hannah Arendt, author of “The Origins of Totalitarianism” in: The New Yorker, 12 September 1970. 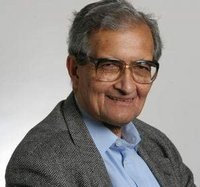 “…rulers have the incentive to listen to what people want if they have to face their criticism and seek their support in elections. …no substantial famine has ever occurred in any independent country with a democratic form of government and a relatively free press.” 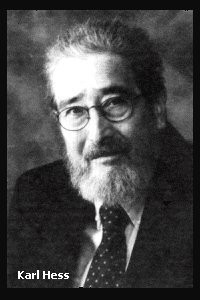 „Money is a way to keep track of how well you’re doing. It’s just one way. The way you feel about yourself is the bottom line. You should be able to make money and lose money without ever losing your own sense of self-worth and self-respect. Remember, the object is for you to make money by doing useful things, things that other people will voluntarily pay for. You make the money. The money doesn’t make you.“

Karl Hess in Capitalism for Kids – growing up to be your own boss, Chicago: Dearbourn Publishing Group, 1987, p. 4. 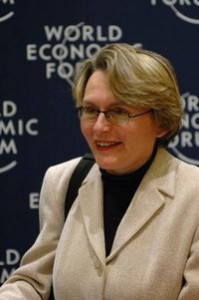 “Affirmative action should not be about predetermining outcomes or picking winners or losers from the start. It is about creating opportunities for those South Africans who were previously excluded from such opportunities on the basis of their circumstances, which include race and gender… There must be a clear link between effort and outcome. That is the only way sustainable development occurs.” 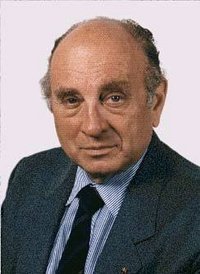 “For too long, champions of the poor have ignored the issue of property rights, thinking this is only relevant for the rich. In the South, this is a fatal fallacy. The rich don’t need protection of their property rights as much as the poor do, and in reality it is the ill-defined and often undefended property rights of the poor that get attacked or destroyed by the rich.”
Otto Graf Lambsdorff, former Minister of the Economy and Chairman of the Board of Directors of the Friedich-Naumann-Stiftung für die Freiheit, in: Liberty – the best remedy against poverty, Berlin: Liberal Institute, 2003, p.18. 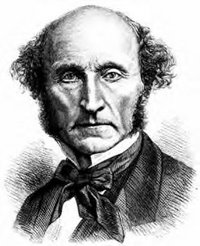 “The only freedom which deserves the name is that of pursuing our own good in our own way, so long as we do not attempt to deprive others of theirs, or impede their efforts to obtain it. Each is the proper guardian of his own health, whether bodily, or mental or spiritual. Mankind are greater gainers by suffering each other to live as seems good to themselves, than by compelling each to live as seems good to the rest.”

John Start Mill in “On Liberty”, Chapter 1, 1859 (one of the central texts of classical liberalism). 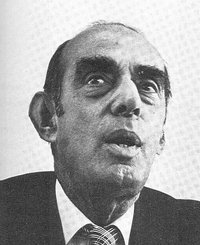 “The liberal is a modernist. He is an advocate of change. He welcomes and cheerfully accepts modern technology with all its implications… He accepts the importance of science in modern society. It is not an accident that technology only thrives in freedom and, where freedom is denied to the scientist and technologist, there is stagnation.” 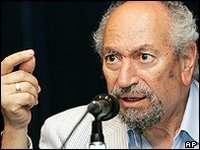 “Speaking of freedom and religion, not just Islam and Christianity, there may indeed be a problem. For religion is all about ‘absolutes’, whether worldly morality or otherworldly salvation. Freedom and democracy, on the other hand, are about mundane relativities, what is individually and collectively achievable.“

Saad Eddin Ibrahim, a leading Egyptian human rights and democracy activist, in his contribution to an international conference entitled „Freedom and Islam – A Contradiction?“ organised by the Friedrich-Naumann-Stiftung für die Freiheit in Bonn, 9-10 October 2006.

“…freedom. It is an issue to which Africans react passionately because they arduously fought for freedom from the colonialists in the 1950s and 1960s: freedom to express themselves, to write and publish, to move about without harassment from uniformed bandits at border crossings, to produce and trade, and to choose who should rule them.” 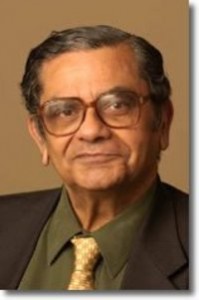 “…globalisation cannot plausibly be argued to have increased poverty in the poor nations or to have widened world inequality. The evidence points in just the opposite direction”. 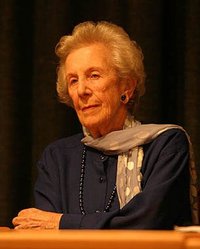 “Don’t abandon your political principles, no matter how unpopular they may make you… Give credit when credit is due – it makes your criticism that much more effective when you level it… Try to retain your sense of humour … Don’t be caught out on a factual error – it nullifies the rest of your entire argument. Don’t allow anything to go by default – it always rebounds if you do so. Go and check for yourself wherever possible… Don’t neglect the unpleasant duties”

Advice to politicians by Helen Suzman, a dedicated liberal and opponent of apartheid, in: Ten Rules for Politicians, Frontiers of Freedom, 4th quarter 1999 published by the South African Institute of Race Relations. 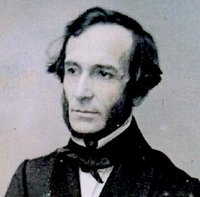 “Today we must strive for free immigration, liberty of commerce, railroads, the navigation of our rivers, the tilling of our soil, free enterprise, not instead of our initial principles of independence and democracy, but as essential means of assuring ourselves that these will cease being mere words and will become realities… Our revolutionary wars sought to establish liberty from outside oppression… what we now need is liberty within.” 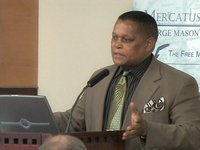 “Stripped of its altruistic pretences, ‘developmentalism’ is an ideology that seeks to supplant the uncoerced, voluntary and peaceful efforts of individuals that are coordinated by free markets with a prescriptive collectivist approach that puts the state at the centre.” 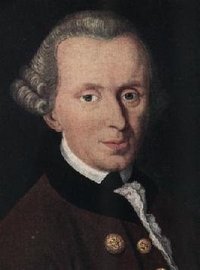 Immanuel Kant, An Answer to the Question: “What is Enlightenment?” Koenigsberg, Prussia, 1784, first paragraph (translation by H. B. Nisbet).