The Foundation’s activities are based on the political philosophy of liberalism. In this section we will share a selection of liberal ideas, liberal thinkers, liberal quotes, which guide and inspire us in our work. 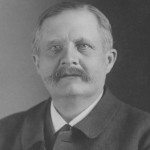 “The idea of liberalism has to be recreated. In the course of time it has lost so much of its clarity and attraction that it first has to rise like a new dawn in front of the people.”

How can liberals master the challenges of the present? Which role can liberal ideas and principles play in the process of creating the future?

The Liberal Institute is in touch with other think tanks in the liberal milieu. This way, the Institute participates in the worldwide exchange of liberal ideas and solutions.

We make the idea of freedom live.

Please download the Flyer on Liberalism from the Liberal Institute here.

Excerpt from the Flyer on Liberalism from the Liberal Institute:

“Liberals see liberty as a goal in itself. People cannot live without freedom, nor can society function without it. As a consequence, the idea of freedom has played a role in all places at all times. Even in ancient and medieval times, the traditions of natural law, while insisting on the primacy of the community, demanded spheres of freedom that had to be safeguarded from infringement.

The freedom of the individual became the basic axiom of a social doctrine that legitimized the authority of a legal order only during the Enlightenment. In his Two Treatises on Government (1690), John Locke was the first to formulate the theory that all human beings belong to themselves. He claimed that the state was based on a treaty signed by people to protect their rights to freedom, life and property. In the course of time, these ideas that still form the actual core of liberal thought, matured into a political theory made up of the following components:

Minimal State. The activities and authority of the state should strictly adhere to safeguarding the freedom of rights. Rule of law is the trademark of political liberalism. Locke’s ideas were further developed by Montesquieu, Immanuel Kant, Wilhelm von Humboldt, Thomas Jefferson, John Stuart Mill and many others.

The Free Market. All the great liberal economists from Adam Smith to Ludwig von Mises and Friedrich A. von Hayek realised that economic freedom was the best route to mass wealth and they systematically justified this argument their work.

Peace. Liberal thought stresses the importance of internal and external peace. In 1795, Kant erected a literary monument to this ideal with his work “On Eternal Peace”. War is the worst possible breach of freedom; freedom itself is the best medicine against war. Liberals demand free movement, open borders and free trade.”