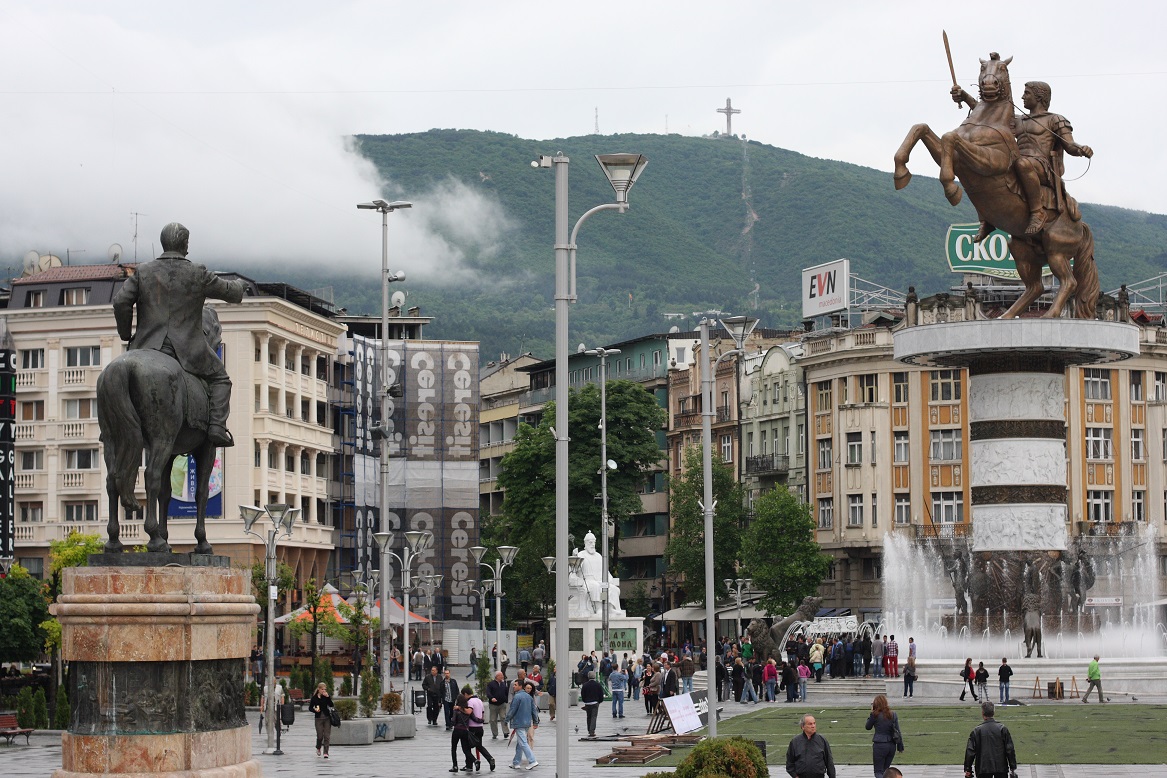 Situated in the heart of the Balkans, the Republic of Macedonia gained independence from Yugoslavia in 1991 and embarked on its path towards market economy and democratic development.  During its first years, the country underwent considerable economic difficulties due to the collapse of the Yugoslavian internal market.

The political life of the country is characterised by ethnically based political parties, representing the Macedonian majority and the Albanian minority.  Either alone or as a part of coalition governments, the presently ruling conservative party, VMRO-DPMNE, led by Mr Nikola Gruevski, has been in power  since the snap elections of 2006. Driven by pro-NATO and pro-EU aspirations, Macedonia has undergone a series of economic reforms, which have prepared the ground for slow but stable economic progress. Yet, with over one-third of its population unemployed, the country has one of the highest unemployment rates in Europe.

In recent years, the Macedonian government has exercised strict control over public life, with a number of alleged cases of suppression of the freedom of expression and of media independence. Considerable public resources have been allocated to fostering the nation’s identity and to constructing colossal architectural monuments, which are meant to restore a historical past. .

The name of the country has been a continuous source of dispute with Greece, which fears that the name “Macedonia” amplifies territorial ambitions towards Greece’s northern region, which has the same name. Thus, Greece has already used its veto right to block the former Yugoslav republic from NATO membership and currently hinders the advance of the EU Association talks. Meanwhile, both the EU and the UN, have adopted the designation “The Former Yugoslav Republic of Macedonia (FYRM)” as the official name of the country

FNF launched its project work in Macedonia at the end of the 1990s, when in the post-war setting, exacerbated by growing ethnic tensions, the democratic development of the newly established state was endangered.

Initially, the focus of FNF’s work was the fostering of the rule of law and the democratisation of institutions.  Recently, the Foundation has been putting more priority on projects for the promotion of European values and for preparing the ground for prospective EU membership. The ultimate goal is for FNF to contribute to a value driven, democratic environment where strong liberal parties guarantee freedom of speech and the rule of law. In this regard, FNF collaborates closely with liberal political parties, providing them with consultancy and capacity-building assistance. The main focus of FNF’s work with civil organisations and think-tanks lies in the promotion of ethnic, religious and gender tolerance, which are the cornerstones for peace  in any ethnically heterogeneous country