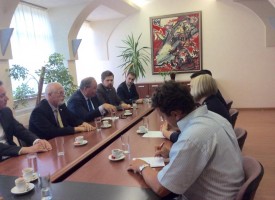 Liberal meeting in Skopje: Some light at the tunnel of the Macedonian crisis

In May 2015, protests occurred in Skopje, Republic of Macedonia, against the incumbent Prime Minister Nikola Gruevski and the government led by him. The massive protests began following charges brought up against Zoran Zaev, the opposition leader, who responded by alleging that Gruevski had wiretapped 20,000 Macedonian officials including journalists, judges, prosecutors, mayors and even government ministers and other figures. In the light of this political crisis in Macedonia, the EU