The importance of free media and innovative journalism

How journalists from different parts of Europe and the world can connect online, and work together on large-scale investigations whose impact goes far beyond the national borders?

These are part of the issues discussed by international and Bulgarian journalists, and experts at the conference Innovative journalism: Working with data, implementing innovative instruments and verification of user-generated content. More than 70 Bulgarian journalists, activists, students as well 150 people online, attended the event which was organised by the Association of European Journalists (AEJ)-Bulgaria in partnership with Friedrich Naumann Foundation (FNF) for Freedom Southeast Europe, and America for Bulgaria Foundation. 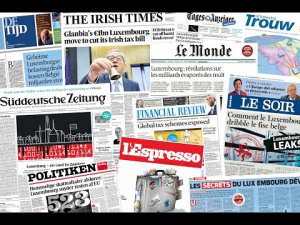 Daniel Kaddik Project Director of the FNF Southeast Europe: “Focusing on innovative journalism is important for the total democratisation process of Bulgaria because it creates an important possibility to undermine, and to oppose the lack of free media and diverse problems, as for example the lack of diversity in the media, or the biased information.”

The ongoing process of digitalisation and the intensified use of social media challenges the traditional media landscape of Bulgaria. Democracies need well-informed citizens who are well aware of the current developments in their country. Therefore, sharing knowledge how to achieve that is of a crucial importance for the quality of the journalism.

A good example of such journalism is represented by Kristof Clerix from Lux Leak. He made it clear that it takes a huge organisation to achieve a project as 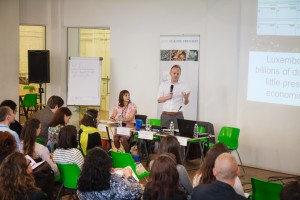 Lux Leaks and gave insights how journalists can work on such a huge project. “When you work on large-scale investigations, it is very important to forget about your ego and to learn to work together in cooperation with other journalists,” shared Kristof Clerix.

Part of the investigative journalism is challenging because of the thin line between criminal investigations and journalism. According to Paul Radu, co-founder of Investigative Dashboard, “there is no other way to fight an organized criminal network without a network of journalists”. He demonstrated different approaches to investigate international money laundering schemes by using information from internet, in countries such as Russia, Moldova, Romania, USA, Bulgaria, and various off-shore zones.

Concerning the importance of the investigative journalism, it also became clear that working together in a European context could result in important information. For instance, Jacopo Ottaviani, from “The Migrant files”, presented two different approaches to gather and process data for journalistic stories. The result was they discovered that at least 30 000 people, who were trying to reach Europe, have lost their lives in the last 15 years. This data, which is important for the society at large, was even initially unknown to the governments. The innovative journalism creates possibilities to gather and translate huge amounts of information. This is possible by using free open data, and by knowing how to encrypt information, if it is need to be done secretly. ”The beginning of the Innovative digital journalism workshops was a success in aiming to share knowledge, and to foster the civic society, and these are key liberal values the FNF Southeast Europe stands for,” underlined Daniel Kaddik, Project Director of the FNF Southeast Europe.