Europe`s Energy Security and the Challenges for Bulgaria

The challenges for Europe`s energy could be overcome only by a well-coordinated European energy policy and innovations-based energy sector . This is the general conclusion from the ELF-FNF-Fores workshop “Europe`s Energy Security and the Challenges for Bulgaria” held on 9 September in the conference hall of the Representation of the European Commission in Sofia, Bulgaria.

During her introductory presentation on the topic of energy security, Elena Paltseva, assistant professor at the Stockholm Institute for Transition Economics, pointed out that external energy risks vary greatly both across EU Member States and across energy resources. And whereas, stable supplies of coal and oil could be easily ensured, European countries often depend on a single natural gas supplier. By a better coordinated energy policy in future, the EU could use its buying power to negotiate with Russia both supplies and prices, which together with the integration of counties` energy markets could substantially contribute to Europe`s energy security.

Bulgaria as a weak link in EU`s energy security

Special attention should be given, however, to the weak links of the EU. At the beginning of the first working session, Rumiana Decheva presented the preliminary findings of a case study research on the Bulgarian energy sector, part of the ELF publication Europe`s Energy Future. It became clear that the lack of practical implementation of the EU legislation has led to overregulation of the country`s energy sector, not allowing for real competition. Compounded to the lack of energy interconnections with its neighbours, Bulgaria might be a stumbling block for the extension of the European Energy Union to the Southeast. In this respect, regional cooperation initiatives should be fostered, as an interim step towards a better integrated European market. “Such a regional cooperation has been relatively successfully implemented in the Nordic countries, which have now almost fully integrated their energy markets,” noted by Daniel Engström, Programme Manager Energy and Climate at Fores, Sweden.

Workshop Europe`s Energy Security and the Challenges for Bulgaria

Outlining the scope of the discussion in the second session, Ronald J Pohoryles, NEOS-Lab, Austria highlighted the need for the European Commission to foster the coordination of the 28 different national regulatory frameworks and the removal of the internal market barriers, as the clear path towards Europe`s sustainable energy security. And this process, of course, needs to go hand in hand with the development of an innovation-based energy sector, resulting in a better energy efficiency and more effective, environment-friendly energy production – a true common European Energy Union.

For all those who seek answers 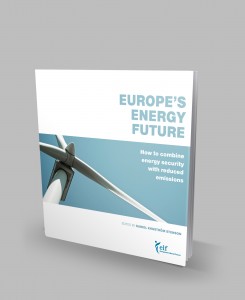 The workshop was designed to provide an input for the publication Europe`s Energy Future – How to Combine Energy Security with Reduced Emissions, which was published at the end of 2015 by the European Liberal Forum as a part of a project supported by Fores -Sweden,  Friedrich Naumann Foundation Southeast Europe – Bulgaria, and NEOS-Lab – Austria.

The publication Europe`s Energy Future – How to Combine Energy Security With Reduced Emissions can be downloaded for free here.