Over the past years, LGBTI equality laws and policies have slowly but steadily advanced all across Europe. When it comes to the LGBTI domain in Bulgaria, however, the picture is more than alarming. Not only do gay people often face discrimination and hate speech, both from politicians and society at large, but the legal framework deprives them of basic rights, which for heterosexual persons are taken for granted by default. In this standing struggle with social paradigms and institutional pressure, some decide to lead an uphill legal battle, while others are pushed into the closet, whose latch is still firmly closed. 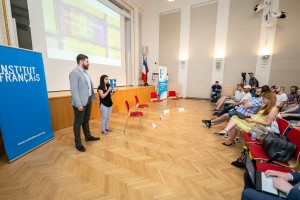 This is the story in Bulgaria, a member country of the European Union for ten years, which still seems to believe that rejecting a problem makes it disappear. “Politicians claim that the general legislation protects the rights of all the people in Bulgaria and no special attention should be paid to LGBTI people,” said Lilia Dragoeva, Sofia Pride Coordinator, commenting on a recent statement by the leader of the Bulgarian Socialist Party, Kornelia Ninova. “This is, however, absolutely not the case,” Dragoeva continued in her opening remarks at the public discussion “Different people, same rights”, organised on 8 June, a day before Sofia Pride 2018, by the Friedrich Naumann Foundation Southeast Europe and the Sofia Pride Organising Committee in Sofia, Bulgaria. This was the fifth year that a topical discussion was held before the annual gay parade – the largest demonstration for equal, human rights in this post-Soviet country. 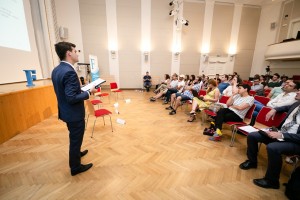 A presentation of a comparative analysis of the existing legal framework for guaranteeing the rights of heterosexual couples to those of same-sex couples gave sound evidence of what Lilia Dragoeva meant.  Since same-sex marriage is still not allowed in the country, gay couples living together are deprived of a number of rights, according to Denitsa Lyubenova, a legal expert conducting the study. Basic rights such as inheriting property or social benefits, access to personal information, and even   medical care for the companion are still the “privilege” of only straight couples. As long as the country’s Constitution defines marriage exclusively as a legal act between a man and a woman, the fight for equal rights seems somehow doomed. These limitations and institutional barriers burden not only legally married couples from abroad and those willing to wed in the country, but they also create grounds for societal division and xenophobia.

In a country where a political consensus for “against” runs from the right to the left of the political spectrum, gay couples are sometimes left in 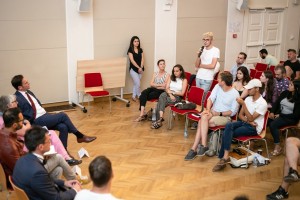 despair for both the present and the future alike. However, according to the panellists in the second part of the discussion, the battle for equal rights should go on because we have true justice on our side. The best examples come from the Netherlands, as pointed out by Frank van Daalen, Vice-President of Interpride, and show that a standing dialogue with politicians will gradually crack the public’s ignorance and eventually bring allies to the cause. For this purpose, the LGBTI community should stand strong, campaign, and fight for visibility on a larger scale. In this very same way, all the positive changes that have happened across the EU will happen in Bulgaria as well, gay activists from Italy and Germany reassured the audience at the discussion. In parallel with the activists’ perspective, Robert-Jan Uhl, Stakeholder Relations Officer at the EU Agency for Fundamental Rights, connected this issue to the general defence of human rights and the necessity for all cases of unequal treatment to be taken to court. A sound legal basis that supports an active, self-awarded, and visible community is what Bulgaria urgently needs.