Unfortunately, I see that Bulgarians are angry quite a lot. However, they do not get angry enough to go to the streets and I do not see the election results as a sign of their dissatisfaction with the government. I believe that the outcome is a result of an extremely weak candidate of the GERB party and the rather strong candidate of the BSP Party. By this, I do not mean the political experience of the GERB candidate, but rather her public appearance which was not a presidential one. So I would argue that it was not necessarily the anger of the people that swept away Boyko Borisov’s government, but that Borisov found a very comfortable way out of the current government. I would really hope that the people will draw the necessary conclusions from this and will become more active within civil society.

I must strongly disagree. This was a government without its own majority in parliament. It had not only lost its majority in the parliament, but it had also lost its partners within the government itself. Those positive indicators, when it comes to economic growth, were not because of the government, but rather despite the government. The people of Bulgaria and domestic companies were increasing the country’s economic growth. Ask yourself and also your listeners, what major reform has this government managed to push through? They failed in their primary project that they had to fulfil – the judicial reform. They failed in reforming the anti-corruption fight, they failed in reducing the bureaucracy in this country. Yes, the government was recognised as being democratically elected and was respected by its foreign partners, but it cannot be recognised for its merits.

Just to prove my point: just a few days ago, the Controlling and Verification Mechanism report for Bulgaria was published. What it reveals is that after 10 years Bulgaria has not fulfilled any of the categories that are set out in the mechanism. And some final words about Mr Borisov, he has again left the country in a burdensome state. He actually left it to the interim government to do the work that he was supposed to do in the first place.

There is a cognitive dissonance in the statement by the European Commission. They say that there is a will, but nothing has actually happened. If nothing ever happens, there does not seem to be the will for any change in Bulgaria. Indeed, it is the 10th edition of the CVM report and there have not been any significant improvements up to now. For most of these ten years, Mr Borisov was prime minister by the way. All this does not mean that Mr Oresharski was a good prime minister either, because he also did absolutely nothing to change the status quo.

So there is no political will because there are too many opportunities that come with the status quo. There is obviously no need to change, because there is no pressure from the EU – the EU funds are still available for Bulgaria, the country still has a voice in the EU, etc.. There does not seem to be the will to change things in any of the three categories – judiciary reform, the fight against corruption, or the fight against organised crime. This last category  was introduced for Bulgaria alone. Bulgaria is the only European Union member state which this category applies to.

Simply because power equals money. Furthermore, power means influence in Bulgaria. You have influence over the structure so you have influence over money. We see a system in Bulgaria where there is a very low degree of accountability and transparency. Both the CVM report and the most recent report by Transparency International show that according to Bulgarians’ perceptions, the country is among the most corrupt in Europe. Bulgaria is nearing the global average, which, in this sort of category, is really not a good thing.

Another problem is that if the people want to change the situation, the perceived change is not rapid enough to actually convince them. Why does it take so long to reform Bulgaria? First, because the institutions have a sense of self-preservation. Those leading them also have a sense of self-preservation and do not want to change. The second is that this change takes time and requires a change of mentality. You must change the mentality of the administration in order to change things. You must change the mentality of the politicians and the people. If there is no proper plan of how to do that, and that is the third reason, then change does not happen, people become dissatisfied and disappointed, and they are waiting for the Big Bang – for the big guy who could change this reality. This is what is observed in Bulgaria, this is what is observed abroad.

Change requires political will and a stable political majority in parliament. There should be a stable consensus within the parliament that Bulgaria needs to reform. Since they have underachieved over the last ten years, the parliament and government will have a very tough job of getting rid of all the things needed to implement all the necessary reforms before Bulgaria takes the Presidency of the Council of Ministers of the EU in 2018.

Looking at the figures, some parties will not make it to the parliament this time, which would require the formation of a grand coalition and a government of national consensus. Whoever becomes  prime minister, he or she will have a very tough job because if the government and the parliament does not deliver what is expected by the end of this year, Bulgaria will be embarrassed before the entire European Union. How then can the country claim that they can  shape the EU reform agenda when they have not managed to accomplish any major reform for the past 10 years? 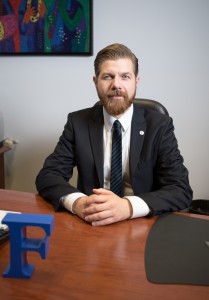 In order to stop the increase of populist and extreme nationalist voices, the new government of Bulgaria has to achieve visible results which the people can actually see and feel. We need a perception that change is happening. A perception of a change towards the right direction. A perception that there is the kind of change that fights corruption and creates jobs in Bulgaria. But if you know that you must bribe your way to get into a certain position or to enrol in school, then we have a problem. We need to get rid of these issues. We need voices, including in politics, which say “Yes we have big problems, but together we can solve them”.

This issue of “together” is something very necessary for Bulgaria. This is also true for Europe. We should realise that we can only solve major issues jointly. We can only solve the issue of migration if we act jointly in Europe. We live in times of very rapid change. When things are no longer the same, this creates a fear among the people. As right now in Germany, this fear gives rise to nationalist voices. It is also because politicians and media in Germany have not clearly pointed out that the people have never been better off. But many claim it has ever been worse. It is also because it is very opportune right now to sell negative stories, both in politics and in media.

The new head of the US foreign service said that they expect a collapse of the EU and a collapse of the single market within this year. These are issues that are designed to divide us and they play into the game of populists like Le Pen in France, the Alternative for Germany, and the nationalists in Bulgaria, who claim that if isolated, we would be better off. That has never been true. The only way for us to live better is to stay together; if we trade and collaborate on major issues, like security in Europe, borders, trade, and the common market. Mr Trump and everyone who claims that isolation is a good thing should only look at their phones and ask themselves: “where does it come from?”. If these nationalists are given a chance, then we would have less trade, increased customs, less prosperity. I hope Mr Trump is not right about Brexit and the dissolution of the EU. I rather hope that it was a necessary slap in the face of the “Sleeping Beauty”, the EU, because kissing her so that she could reform apparently has not worked.

The interview was taken by Diana Yankulova and is available in Bulgarian language on the website of the Bulgarian National Radio.