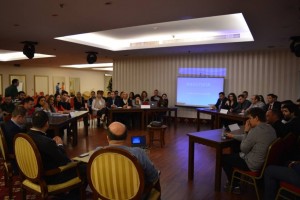 Held between 10 and 13 December in the picturesque city of Brasov, Romania, the four-day seminar was especially designed to help the participants gain understanding of the primary political topics in the country and develop practical and analytical skills to formulate and implement credible pro-active policies. Being involved in a simulation exercise, the young participants were divided into four teams, representing four virtual liberal parties, each of them focused on social and economic policies and education.

Combining presentations on political communication and interactive tasks, the youngsters learned about a wide range of topics such as: how to compose a press release, how to organise a press conference, how to plan a communication strategy, how to develop a brand with a strong value proposition, how to properly use media and social media tools, and last but not least, how to communicate during political campaigns and political debates.

Organised by TLDE in collaboration with the Institute for Liberal Studies and the Friedrich Naumann Foundation for Freedom Southeast Europe, the winter school proved to be very successful, praised by both participants and lecturers. For instance, Norica Nicolai, Member of the European Parliament, told the participants: “Faith in Romanian liberalism has been restored! It was delightful to observe bright and active youngsters persistently defending the liberal ideology and their groups’ identities.” 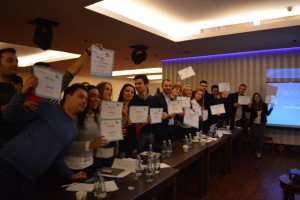 Apart from teaching the youngsters about political communication, the event also contributed to the consolidation of the fragile youth organisation, which was recently formed after the merger of the Liberal Reform Party (PLR) and the Conservative Party (PC) in Romania. Hence, the topic, the input, and the format of the school proved to be of high value within the framework of the forthcoming 2016 elections in Romania and paved the way for future similar youth seminars.