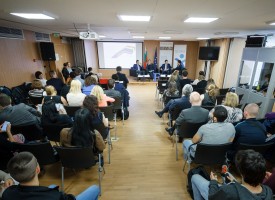 #JustLikeYou – All people deserve the same respect and the same rights

“Human rights should not be granted selectively because the equality before the law is a fundamental principle of the Rule of Law. Each and every one of us should fight to ensure that those rights are not violated. Everyone deserves the same respect and the same rights,” said Daniel Kaddik, Project Director of the FNF Southeast Europe, at the opening of the public debate entitled #JustLikeYou. The event was the 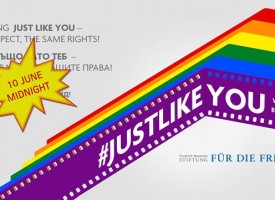 It is all about freedom! Freedom to live in a society, which is built up of individuals, each of them unique in their personalities. Within all this diversity, we are united by commonly shared values and dreams. We are all eager to have access to proper education, to find jobs easily, to have friends, and families, and to raise children. To love and to be loved. To feel as 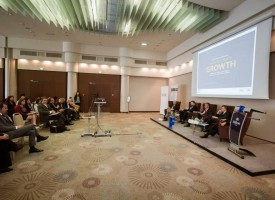 Free Market Roadshow 2015, a journey across Europe and the Caucasus, spreading the liberal message of Economic Growth, Entrepreneurship Drive and Freedom

“How to create growth?” was the overarching topic of this year`s edition of Free Market Road Show (“FMRS”) in more than 35 countries in Europe and the Caucasus. The Austrian Economics Center and over 60 leading think-tanks and universities across this wide region have joined forces to spread the liberal message of free market and economic growth. For the first time, the Friedrich Naumann Foundation for Freedom Southeast Europe 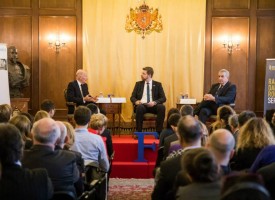 Ten years of EU challenges. Lessons learned for the Liberals in Southeast Europe

“Let us learn the lessons from the past and move the EU forward.” This was the general conclusion drawn from the public discussion between the two former Prime Ministers: H.M. King Simeon II of Bulgaria and Călin Popescu-Tăriceanu of Romania. Inspired by the European idea, which is primarily liberal in nature, they signed their countries’ Association Agreements to the EU exactly ten years ago. The commemorative meeting was the 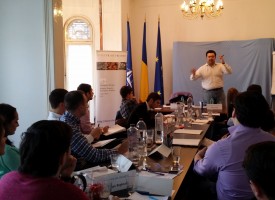 After visiting last year the Romanian cities of Cluj, Ploiesti, Tg. Neamt, Rm. Valcea, and this year’s stops in Brasov, Alba Iulia and the Moldavian capital-Chisinau, the last stay of the FNF Liberal Caravan was on 20th March in the Western part of Romania, in the student city of Timisoara. Over 100 youngsters, members of youth organizations of the liberal parties and other liberal-minded individuals from Romania and the Republic 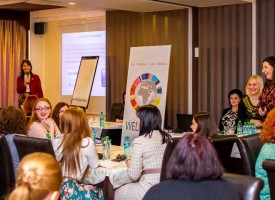 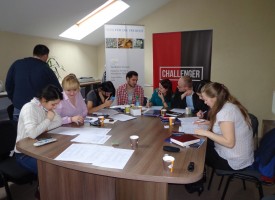 “Challenger” is a youth Programme, initiated by the National Democratic Institute (“NDI”), which main goals are to foster the critical thinking and research skills of young people, thus enabling them to draft policy proposals for parties in the Republic of Moldova.   The 12-month pro­gramme has the following three stages: practical exercise, debate school, policy school. First, the practical exercise module included a hundred par­ticipants who, in teams, identified 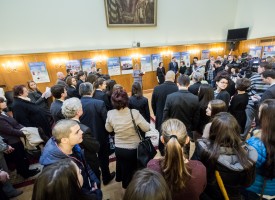 A lesson on morality in politics is still to be learned

“We need more moral in politics,” proclaimed the Bulgarian politician, writer and public figure Todor Vlaykov nearly a century ago. Today, the echo of his words still vibrates on the streets of Sofia, as recently demonstrated by crowds of protestors demanding more justice, transparency and accountability in politics. In this regard, the Project Office for Southeast Europe of FNF, decided to commemorate the 150th anniversary of the birth of 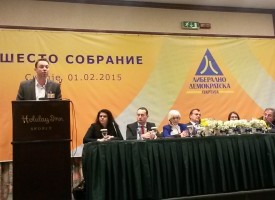