As a Regional Director for Friedrich Naumann Foundation (FNF) for East and Southeast Europe, Dr Rainer Adam is in charge of around 22 countries. His portfolio includes 6 FNF Project Offices – Western Balkans, Southeast Europe, Russia, Ukraine and Belarus, Turkey and South Caucasus. The Foundation for Freedom has respectively offices in 6 locations in the region- Belgrade, Sofia, Moscow, Kyiv, Istanbul and Tbilisi. In addition, Dr Adam will temporarily

During  13th–1 5th April, the second edition of Together for the Future, the national meeting of civic group members and partners from the Contract Romania national civic network, took place in Sibiu, Romania. The Together for the Future II conference was organised by Inițiativa Romania in cooperation with the Friedrich Naumann Foundation for Freedom and is a continuation of a Contract Romania project that began in 2017. The aim of 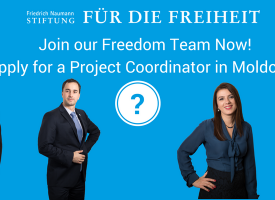 Join our Freedom Team in Moldova! Apply for a Project Coordinator!

The Friedrich Naumann Foundation for Freedom is the German foundation for liberal politics and advocates for democracy, market economy, rule of law and human rights in more than 60 countries. The Foundation’s office for Southeast Europe is currently looking for a Project Coordinator, based in in Chisinau, Moldova. The Project Coordinator will be part of the part of the team under the Project Director, based in Sofia, Bulgaria. Join our

eDemocracy and eParticipation: The precious first steps and the way forward

The amazing increase in the quantity and speed of information, provided by digital means that were unthinkable just 10 years ago, brings us ever-closer to a digital world. This makes the world perceivably smaller, yet more complex at the same time. Goods and services are delivered in shorter periods, while citizens’ expectations towards public services and information, as well as political participation, changes.  Download the publication “eDemocracy and eParticipation: The precious

It seems easy to lose hope for a better life in Bulgaria–more than half of the young people between the ages of 18 and 25 are willing to leave their country. The mood among those studying medicine is especially alarming; two-thirds of them claim that they would like to seek their happiness abroad. Their reasons are well-known and all relate to the buzzwords “corruption” and “a lack of jobs and

I Have a Dream – the Future of Democracy in Bulgaria

“What does our dream state look like and how could our country transform into such a place?” This topic prompted 55 Bulgarians between the ages of 18 and 25 from all over the country to participate in a five-day discussionary format in search of specific actions to address those problems that they would like to see solved in their own future Bulgaria. This first of its kind youth seminar offered 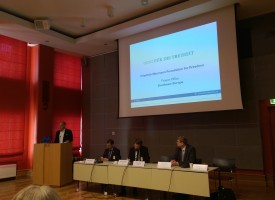 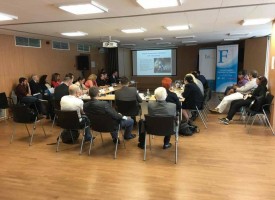 The civil society across the region demands a change and slowly shapes e-Democracy initiatives. If e-democracy tools meet the public and political support, they will allow for wider and broader citizen’s participation and involvement in decision-making. The ELF Workshop “Digital Democracy and e-participation. Inclusive Governance in Southeast Europe” was the first of three ELF workshops, researching and assessing the current trends and best practices in the area of e-Democracy

This year’s Free Market Road Show across Europe and the Caucasus was convened in the aftermath of Trump’s election as President of the US and Brexit – both events menacing the liberal basis of modern free economies. To initiate an open, wide-ranging debate on the negatives of protectionism and divided Europe, the Austrian Economic Centre and the Friedrich Naumann Foundation Southeast Europe organised the traditional FMRS 2017 in Bulgaria on